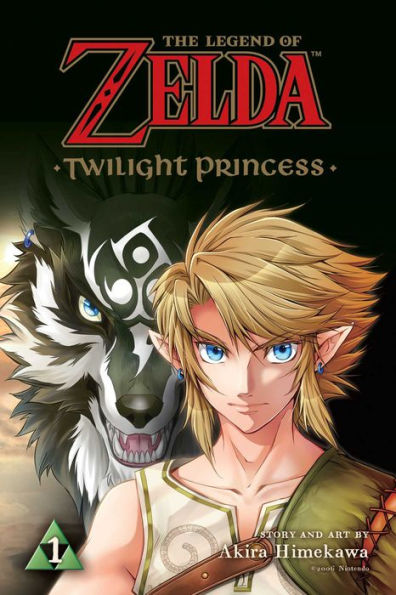 “I thought I forfeited the honor of wielding a sword when I caused the deaths of so many people,” Link. —The Legend of Zelda: Twilight Princess Vol 1

Link is a simple boy in a small, peaceful village. However, he lived a very different life before he came to the village less than two years ago. Before, he had been training with the sword to become a border guard. Then, in a tragic accident, Link’s entire town was sucked into the blackness by a Death God and vanished. Link fled in terror and has been hiding ever since, though he hasn’t been able to escape his guilt.

When monsters invade Link’s safe haven, he springs into action to defend his new home. But these strange creatures are nothing like Link has ever seen before. Will he be able to redeem himself and save his new home? Or is Link doomed to watch another town be swallowed by the darkness?

Link himself is an enjoyable and relatable hero. He has a sense of humor despite his tragic past. He tries to be patient with the children of the village, and when he loses his temper, he regrets it later. However, the other supporting characters in the story are undeveloped caricatures.

There are some mild violent and sexual images, though these do not abound. Specifically, the monsters and Death God may be frightening to younger readers, and parents may not appreciate the bikini-clad princess that appears in the first chapter. However, for the 13+ recommended age range, the images in this graphic novel are much less graphic and sexual than other popular teen graphic novels. Still, the graphic novel is noticeably darker than the video game, such as when the Death God is introduced, Link suffers a gruesome injury.

For fans of The Legend of Zelda: Twilight Princess video game, this graphic novel will be an enjoyable read. Though the graphic novel diverges from the video game, there are enough similarities that gamers will recognize and enjoy. Link is given a different backstory in this graphic novel, which provides enough of a difference that it is not simply a repeat of the game. For readers who have not played the video game and are meeting Link for the first time, they may find that the plot drags. While there is plenty of action at the end, the first half of the book meanders around, introducing characters and aspects of Link’s life from the video game. While interesting enough to gamers, there might not be enough action to hook new readers.

“I thought I forfeited the honor of wielding a sword when I caused the deaths of so many people,” Link. —The Legend of Zelda: Twilight Princess Vol 1