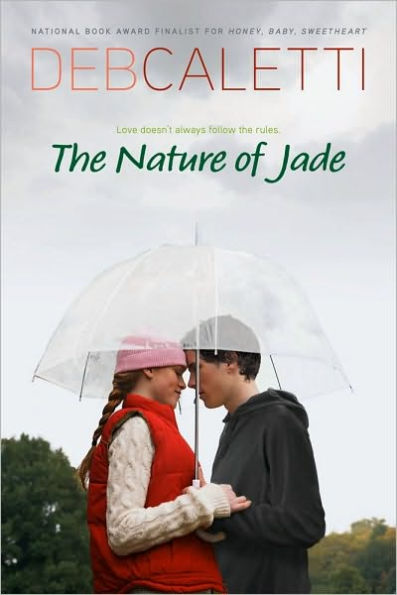 “Secrets have a shelf life,” Abe. —The Nature of Jade

The Nature of Jade

After moving and starting at a new high school, Jade begins having panic attacks. Jade is trying her best to stay calm and focus on her senior year of high school. One thing that calms her down is watching the elephants at a nearby zoo on her webcam. That’s how she sees Sebastian for the first time.

Even before they meet, Jade feels drawn towards Sebastian, a twenty-year-old who has a baby. When she finally meets him, she quickly falls in love with him. She begins spending her free time with Sebastian, his son, and his grandmother. Even though Sebastian’s life is complicated, getting to know him has helped alleviate Jade’s panic attacks. Then Jade discovers that Sebastian has been hiding a terrible secret. Will their new love be able to survive?

Jade’s work at the zoo gives an interesting aspect to their romance. Jade compares the animal world to the human world and her insights can be interesting. Working with the elephants helps Jade deal with her anxiety disorder. Her inner reflection illuminates her thought process and shows how a random thought can lead her down a spiral of fear. However, too much of the story is told through Jude’s inner dialogue, which makes the story drag. Although many teens may be able to relate to Jude’s anxiety, others will find her constant inner dialogue difficult to wade through.

Jade’s story bounces from her family life, her school life, her zoo life, and finally her relationship with Sebastian. Each aspect of her life seems completely separated. This separation doesn’t allow the author to fully develop the other characters in the story. Even though Jude has come to realize that many of her high school relationships are based on familiarity and habit instead of true connections, the reader is left wondering why they should care.

Jade, her parents, and her boyfriend all have destructive secrets. Jade comes to realize that lives are complicated and messy. She discovers that not all actions can be labeled as good or bad. Sebastian and his grandmother both wonder if they are doing the right thing when they hide their whereabouts, which allows the reader to reflect on what they would do in a similar situation. As Jade grows, she learns that people cannot be seen as just a stereotype, because all people are more complicated than that.

Readers who want to look at the complicated workings of the inner mind will enjoy The Nature of Jade. However, the majority of readers may struggle due to the lack of character development, absence of action, and slow pacing of the story.

“Secrets have a shelf life,” Abe. —The Nature of Jade