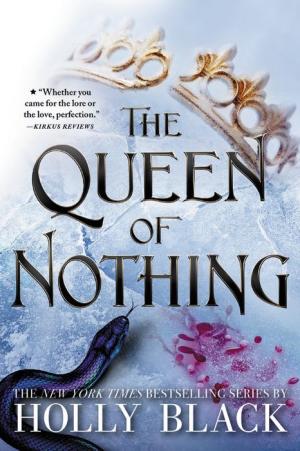 “We have lived in our armor for so long, you and I. And now I am not sure if either of us knows how to remove it,” Cardan. –The Queen of Nothing

The Queen of Nothing

Jude is a mortal who has grown up in Faerieland, but she has recently been exiled back to the land of her birth. Now, Jude lives in the mortal land with her siblings, Oak, a faerie, and Vivi, who is half-faerie. Jude begins to rely on odd jobs to get by. However, this all changes when Taryn, Jude’s twin sister, seeks refuge with them, telling them that she’s killed her husband. Because they’re identical, Jude and Taryn decide to swap Identities and Jude jumps at the chance to return to her home. However, when Jude returns, her husband, the High King of Elfhame, recognizes she isn’t Taryn, and tells Jude that her exile was all a farce and she could have returned at any time. Jude feels betrayed. Before the two can fully reconcile, however, Madoc, Jude’s adoptive father, swoops in, trying to save Taryn from her interrogation, but takes Jude instead not realizing she and Taryn had switched.

Jude plots against Madoc and confronts him revealing that she isn’t Taryn. The two fight, and Madoc delivers a fatal blow to Jude. Despite the severity of the wound, Jude is able to heal and return to the palace, where she is now the queen due to her marriage to Cardan. At the palace, Madoc and his allies strike, and Madoc challenges Cardan to a duel. Before the duel can take place, Cardan speaks out about the ridiculous manner of the monarchy of Elfhame and makes a show of breaking the crown in half. However, the crown is cursed and Cardan transforms into a giant serpent. It’s prophesized that “only out of his blood can a great leader rise,” so Jude kills the serpent and Cardan is reborn and accepted to be the true High King of Elfhame. Jude and Cardan then fully recognize the love that they have for each other and resume their legal rules in peace.

In the final book of The Folk and the Air Trilogy, Black creates a thrilling read full of suspense. The characters plotting against each other make a gripping story that feels impossible to put down. The ending, where Cardan turns into a snake, seems a little out of place and extremely odd given the rest of the trilogy. Despite this, Black creates a story full of characters who seem believable and relatable, with at least one character the reader will see themselves in.

The Queen of Nothing wraps up loose ends which creates a satisfying ending to Cardan and Jude’s tale. The story tells of the heroic achievements of the underdog and emphasizes the importance of remaining strong throughout adversity. The novel emphasizes the idea of finding allies in unlikely places, as well as the importance of resilience. Altogether, Black creates a series that is highly engrossing and deeply satisfying.

“We have lived in our armor for so long, you and I. And now I am not sure if either of us knows how to remove it,” Cardan. –The Queen of Nothing