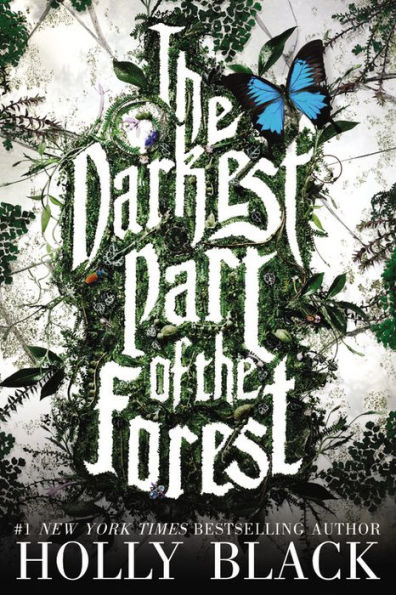 “Down a path worn into the woods, past a stream and a hollowed-out log full of pill bugs and termites, was a glass coffin. It rested right on the ground, and in it slept a boy with horns on his head and ears as pointed as knives.” –The Darkest Part of the Forest

The Darkest Part of the Forest

Fairfold is just like any normal, small-town—except for the faeries. The people of Fairfold have always lived alongside the Faerie Folk and have grown accustomed to their way of life. They live alongside each other by appeasing the faeries. They thread flower garlands for the Alderking. They don’t go to the forest hills at night. They don’t even bat an eye when a tourist goes missing after a visit to the forest to try and catch a glimpse of the Folk.

Even among all this strangeness, the biggest mystery of all is the horned boy in the glass coffin. In the woods, for as long as anyone can remember, a glass box has sat on the forest floor with a sleeping boy inside. Tourists come from across the world to see the boy, but no one can explain his existence or his ageless body. Anyone that attempts to break open this glass coffin has been met with explainable injuries, so the boy has stayed in his resting place for centuries.

Hazel and her brother, Ben, have lived in Fairfold all their lives and have always been drawn to the Folk. As children, Hazel and Ben secretly would go to the forest at night to hunt the Folk. Ben used his unearthly gift of music to lure creatures to them, while Hazel used her strength and sword to cut down the Folk. A near-death experience caused them both to retire from hunting, but they always had an internal pull to the Folk and to the boy in the glass coffin. They grew up fantasizing about who the boy in the glass coffin truly was. They knew they would never get the real answer . . . until the day the boy woke up.

The Darkest Part of the Forest is an adventure through a mystical town that exists in the human world. Magic and humans coexist in Fairfold, and Hazel and Ben have always thrown themselves into the dangerous faerie world. When the mysterious boy in the glass coffin awakens, they are caught on a mission to help save the boy and get him back to his home.

Hazel wants to help the boy, but she also has a secret to keep. As a child, Hazel made a bargain with the Alderking and now owes him her services. She now must choose between helping the horned boy and fulfilling her bargain to the Alderking. As Hazel, Ben, and the horned boy become friends, mysteries unravel, friendships blossom and love awakens. Will Hazel choose to help the boy or fulfill her bargain? Will Hazel and Ben be able to save the horned boy? Will they survive the journey to bring the boy home?

Fans of Holly Black will not be disappointed with this gripping story of faeries and young love. The Darkest Part of the Forest takes the reader through a fantasy world filled with betrayal, trickery, and most of all, love. The Darkest Part of the Forest is well-written, but the story can be confusing because of the intricate world stuffed into one novel. This story features unique characters and different points of view, but the excessive background information slows the plot. Readers will enjoy the relatable characters in a mystical world filled with mystery, romance, fantasy, and a satisfying ending.

“Down a path worn into the woods, past a stream and a hollowed-out log full of pill bugs and termites, was a glass coffin. It rested right on the ground, and in it slept a boy with horns on his head and ears as pointed as knives.” –The Darkest Part of the Forest