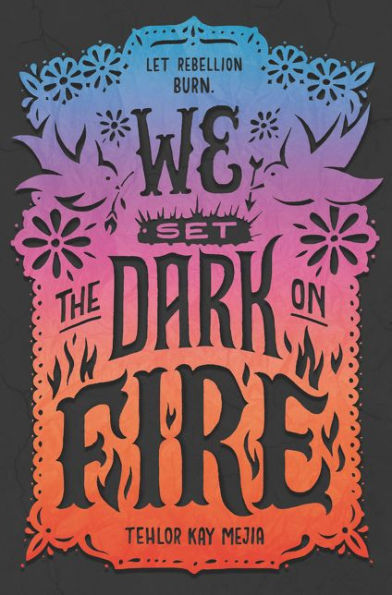 “Marriage was a business transaction. Wives were bought and paid for. Even if the bearded Sun God had ever condoned two women in love, or two men, it simply wasn’t good for business,” Dani. –We Set the Dark on Fire

We Set the Dark on Fire

We Set the Dark on Fire takes place on the fictional island of Medio, where a wall separates the poverty-stricken coast and the wealthy inland. Medio has rich mythology about a complicated love triangle between the Sun God, the Moon Goddess, and a human woman. The myth ends with the three entities marrying each other in a holy trifecta. Because of this myth, wealthy inland families customarily marry their sons off to two wives: a “Primera” and a “Segunda.” The Primera functions as a “political” wife who manages her husband’s social appearances and accompanies him at public functions. The Segunda is the mistress who is responsible for bearing and raising the husband’s children.

The story centers around Dani, a seventeen-year-old girl who is graduating from finishing school and is about to start her life as a wife. Despite graduating at the top of her class, Dani is worried about taking her place in the household. Political riots have made the police paranoid, and she is worried that the increased security will reveal that her identification papers are forged. Her parents are from the coast and have risked everything to put her in finishing school.

Dani is soon married off to a powerful political figure in one of the richest families in the Capital. She is the Primera and her school rival, Carmen, is the Segunda. She has little time to settle into household life before being approached by a rebel spy group, La Voz. The spies give her fresh papers so that she can pass a checkpoint, but in return, Dani is dragged into a world of political tensions and intrigue. Soon, she finds herself steeped too deep in her husband’s family’s corruption and is forced to confront ugly truths about the family she has married into. While dealing with espionage and lies, Dani must use all her wits to conceal her own secrets, which include her forged identity, her alliance with La Voz, and a budding romance with Carmen.

We Set the Dark on Fire is an original, well-written story. Mejia navigates a complicated political plot deftly. The story’s twists and turns may become confusing at times, but the narration avoids losing its thread. The prose is poetic and brings Dani’s character to life. The reader will soon be invested in the world of Medio’s aristocratic gender politics where Primeras are expected to show no emotion. Dani, who has been training for years to assume the role of Primera, is well-accustomed to showing no emotion. The layers of composure beneath that she hides add texture and detail to the narrative. She is excellently characterized.

The emotional core of the novel is formed from two main elements. The first is Dani’s relationship—and eventual romance—with Carmen. The tension and forbidden love between the two wives is excellently written, and readers will root for the couple as the stakes get higher and the lies get thicker. The second element is Dani’s love for her hometown. Although she was sent away to school at age twelve and never returned, Dani has a strong love for Polvo, the simple town where she spent her childhood. Upon entering the aristocracy, Dani discovers that she is disgusted by the excess and wealth that her new family can afford. Although she looks back fondly on her time in Polvo and wishes she could live there, she knows that Polvo is racked with poverty and that the police terrorize its citizens.

American readers may notice that the world of Medio draws certain parallels to events on the news. The island is divided by a wall meant to keep certain people out; the police are brutal towards the poor; the culture features Spanish words and foods. The narrative never makes the allegory overly obvious, but the book is deeply political. In one scene, Dani feels regret that she can have fun at all when so many people are suffering. Her guilt and class consciousness will strike a chord with many readers. While the book puts strong moral themes into conflict, the reader likely will not feel patronized or preached to; rather, they will simply want to know what happens next.

“Marriage was a business transaction. Wives were bought and paid for. Even if the bearded Sun God had ever condoned two women in love, or two men, it simply wasn’t good for business,” Dani. –We Set the Dark on Fire