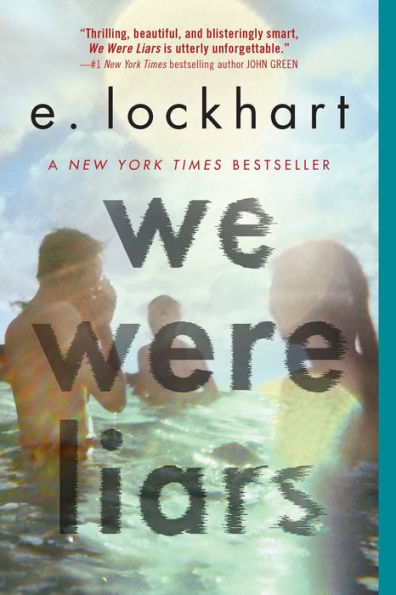 “We should not accept an evil we can change,” Cadence. —We Were Liars

Cadence is a Sinclair. A member of the beautiful, blonde American dynasty. No one is depressed, addicted, or a criminal. No one is greedy or drunk. They are the perfect family that spends every summer on their private island, Beechwood. The oldest of the Sinclair grandchildren and their best friend call themselves the liars. The four of them—Cadence, Mirren, Johnny, and Gat—are inseparable every summer. They share secrets, go on forbidden adventures, and uncover mysteries of their family as they grow up together in a world of money and privilege.

But the Sinclairs aren’t perfect. The aunts always fight over their inheritance and drink away their sorrows. Grandad is beginning to lose his mind and can’t cope with the loss of his beloved wife. Cadence herself can’t remember summer fifteen after she wakes up in a hospital with traumatic brain injuries and burns.

Cadence struggles to retain her memories as she returns to the island after two years of absence. Everything seems the same as it always was, but the closer she looks, the more she realizes how much the world she once knew has changed. As Cadence tries to put together the pieces of memories that led to her accident, she discovers that the secrets of summer fifteen might have been better left as they were.

We Were Liars is a gripping novel that will leave readers restless to uncover the truth. Suspenseful and surprising, this book is well worth the read as it is fast-paced and entertaining. The characters are realistic and ask questions that teen readers may also be pondering such as the existence of trust between family members and the necessity of faith. However, the intertwining timelines may be difficult to grasp for some readers, and the story contains some mature content that is not appropriate for younger audiences.

Lockhart’s writing style is also unique and takes some getting used to. The story is told from Cadence’s point of view, and the descriptions make it sometimes difficult to differentiate between imagination and reality.  Careful reading is necessary to determine if the event actually happened to Cadence or if it is a figurative description of her inner emotions.

“We should not accept an evil we can change,” Cadence. —We Were Liars