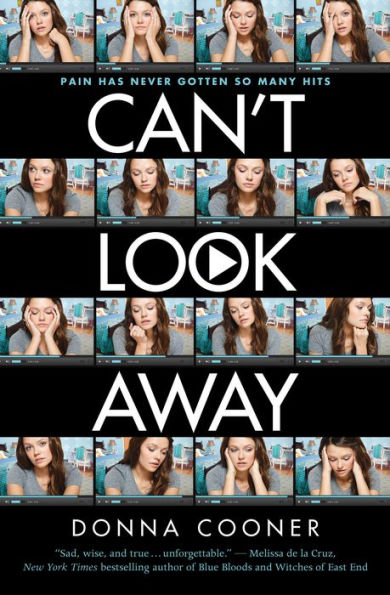 Clothes. Make-up. Her Vlog. Popularity. Torrey cares about them all.  While at the mall trying to film her newest Vlog, Torrey and her sister, Miranda, fight. Miranda leaves and is killed by a car.  When her sister dies, Torrey’s life falls apart.

Because of Torrey’s popular Vlog, many bash her online. When Torrey goes to a new school, she wonders who wants to be her friend just because of her online presence. Things get even more complicated when the popular girls invite Torrey to be a part of their group. When Torrey begins to fall for Luis, who the popular girls hate, Torrey begins to wonder if being part of the “in crowd” is worth it.

Mixed into the conflict of trying to fit into a new school, Torrey is also trying to figure out how to deal with the death of her sister, Miranda. When Luis introduces her to the tradition of the Day of the Dead, Torrey wonders if there is a way to remember Miranda without the pain.

Even as Torrey’s family is dealing with the death of Miranda, Torrey’s focus is on herself. She feels guilty about how she treated Miranda, but Torrey also feels frustration that her mother is focused on grief instead of her. She also wants to prove to the online world that she isn’t as bad as some people think.

When Torrey begins attending a new school, she focuses on how to become one of the popular girls, and how to hide her growing feelings for Luis. At the beginning of the story, Torrey’s main concern is her image. Everything revolves around her.

As Luis introduces Torrey to his world, one where death is just a part of life (his father runs the local mortuary), Torrey begins to face her own feelings about death.

Luis is a welcome addition to the novel. Besides being a sweet love interest, he is a likable character who takes the reader into the world of the funeral business, which gives the story an interesting angle.

Can’t Look Away deals with the tough topic of death in a way teens can relate to. Although it deals with many teen issues—friendships, popularity, and family problems—the book doesn’t come across as preachy. Instead, the first-person narration allows the reader to see the difficult emotions that Torrey faces when she loses her sister. And in the end, Torrey realizes that true friend are more important than popularity.