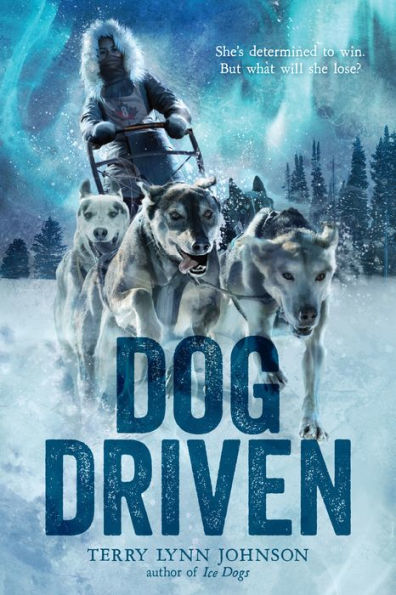 Fourteen-year-old McKenna Barney is determined to keep her failing eyesight a secret, even if that means distancing herself from everyone—her friends, her parents, and even her sister. The only place McKenna feels any peace is when she’s on the trail with her dogs.

McKenna’s sister, Emma, is fighting a losing battle against eye disease. When Emma asks McKenna to enter a dog sled race, McKenna can’t say no. McKenna plans on leading a team of eight sled dogs in a race, even though she’s not sure she can see the dangers on the trail. To finish the race, McKenna will have to face three days of shifting lake ice, sudden owl attacks, and bitterly cold nights. As McKenna deals with snow squalls in the Canadian Wilderness, she must also come to terms with her terrifying vision loss.

Throughout the story, McKenna’s fear of losing her sight and her independence becomes clear. McKenna’s parents cannot deal with her sister’s loss of vision. Between her overprotective mother and her angry father, Emma’s life is far from normal. McKenna is determined not to be a burden to her parents. As she drives her team of dogs through the wilderness, McKenna learns that with help, her loss of vision does not have to stop her from achieving great things.

Dog Driven is an easy-to-read story that shows the harsh conditions of the Canadian Wilderness. Throughout the story, McKenna faces every obstacle with the help of her dogs and her new friends. With family drama, teen pranks, and terrifying winter conditions, Dog Driven will entertain readers until the very end. Even though the story discusses the eye disease, Stargardt, the information never slows down the pace of the story. Instead, seeing the disease through McKenna’s point of view will allow readers to understand the effects of the disease as well as how one family deals with it.

Readers will sympathize with McKenna and cheer for her as she continues the race. Her friend, Guy, adds interest to the story when he discusses how his relative used a dog sled to deliver mail in the 1800s. Each short chapter ends with a letter—sometimes the letter is from the current time, and other times the letter is from the past. The letters incorporate other people’s thoughts and experiences, which gives the story more perspective. Dog Driven will not disappoint readers; the story will take readers on an epic race across the ice. Snuggle up with a warm blanket and sled your way into the Canadian wilderness with McKenna and her dogs.