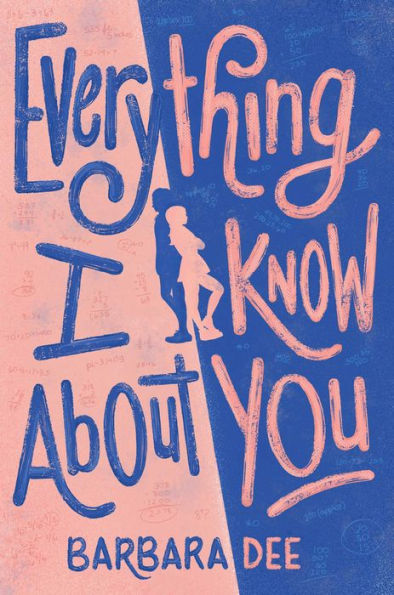 “I always had this idea that love was choosing to take care of someone—not just family, but friends, too,” Tally Martin. —Everything I Know About You

Everything I Know About You

Thirteen-year-old Talia “Tally” Martin, along with her class and her friends Sonnet and Caleb “Spider,” is going to Washington, D.C. for a class trip. Only there’s one catch: the teachers are assigning rooms, and Tally, Sonnet, and Spider end up rooming with their least favorite classmates. This means that Tally and popular girl Ava are roommates, and neither is happy about the situation.

As Ava and Tally are forced to spend time together, Tally notices Ava’s strange habits—working out all the time and at weird hours of the night, rarely eating, and her scribbling in a notebook. When Tally confronts Ava about her odd behavior, Ava threatens to blackmail Tally. Tally struggles to decide if being a good friend means telling a secret she promised to keep.

Everything I Know About You deals with topics such as body image, eating disorders, and what it means to be a good friend. Tally is unflinchingly honest, and her straightforward view of the world sometimes clashes with the people around her. Although Tally is a deeply loyal friend, she is also jealous when Sonnet and Spider befriend their roommates, who they once hated. Despite her flaws, Tally grows as a person, and through her experiences and interactions with her roommate, Ava, Tally gains a more nuanced understanding of the people around her and her deepening friendships.

The main event hovering around the edges of the book is Ava’s eating disorder, although Tally doesn’t articulate it as such in the beginning. However, Ava’s struggles are present throughout, and Barbara Dee does a good job presenting the issue through Tally’s eyes as well as the eyes of the other students and Ava’s mom. Although Tally doesn’t make any connections between Ava’s eating disorder and Ava’s mother’s obsession with public image and weight, Dee added these elements to give more context to Ava’s life. In addition, the supporting characters—Ava’s mom, Spider, Sonnet, and Ava herself—are interesting and complex. The strengths of Everything I Know About You are the subtle details that Tally glosses over but that the reader can still recognize, like the details about Ava’s mom, or the fact that another boy on the trip, Marco, clearly has a crush on Tally, even if Tally herself doesn’t notice it initially.

Everything I Know About You is an intelligent book that addresses eating disorders. Tally and her classmates have other struggles and strengths, which make the discussions about eating disorders and body image more nuanced. Everything I Know About You captures a multi-faceted slice of the middle school experience, and young preteens and teens will learn the importance of loving yourself, including your flaws.

“I always had this idea that love was choosing to take care of someone—not just family, but friends, too,” Tally Martin. —Everything I Know About You