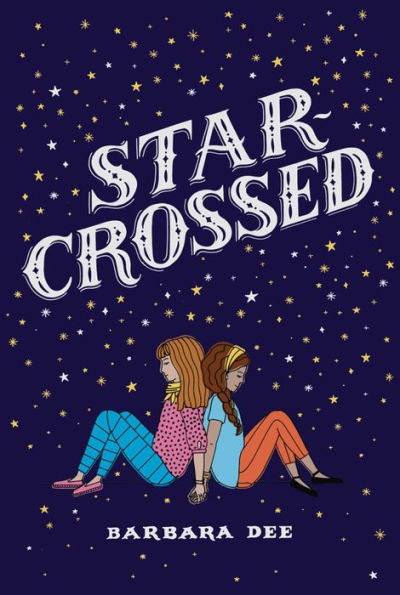 “I think friends should make you want to be brilliant,” Gemma.  —Star-Crossed

Matti has never wanted to be on stage before, but when her teacher announces that the eighth-grade play is Romeo and Juliet, Matti wants a part. Everyone expects Matti to be on the sidelines, but can she convince her teacher she deserves to be on the stage?

Matti had a crush on Elijah, but when the play begins everything changes. Gemma—a smart, pretty, British girl—gets the part of Juliet. Matti starts to wonder why she feels fluttery whenever she is near Gemma. If Matti was crushing on Elijah—a boy—could she also have a crush on a girl?

Many middle schoolers will relate to Matti as she struggles to understand her feelings. She also must figure out who she can trust with her secret. Even though she loves her friends, can they be trusted to not only accept that she has a crush on a girl, but can they also be trusted to keep Matti’s secret until she’s ready to reveal it?

Matti struggles with telling people she has a crush on a girl. When she tells her best friend and her sister, they both accept the news without shock and encourage her to pursue her crush. The story never delves into the negative reactions that others may have to her news.

Star-Crossed has plenty of dialogue and drama to keep readers engaged until the end. Throughout the story, the characters discuss Romeo’s and Juliet’s behavior and feelings of love. Although Matti’s story parallels Romeo and Juliet, the discussion of the play slows down the plot.

Middle school readers will fall in love with Matti and her friends. The characters include the typical mean girl, but also adds some unique characters. Tessa and her Shakespearean insults add humor. Matti’s inner thoughts add depth to the story. In the end, Matti’s story contains drama, crushes, family, and friendship conflict that will keep readers entertained. Star-Crossed is a romance appropriate for younger readers who want to learn about Romeo and Juliet.

“I think friends should make you want to be brilliant,” Gemma.  —Star-Crossed