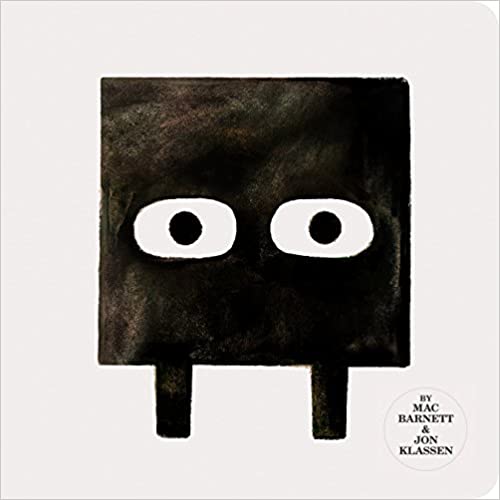 “I have to make this block look like Circle. Circle is perfect. So I must make this perfect,” Square. – Square

Every day, Square takes a block from his cave and pushes it up a hill, where he has gathered a pile of blocks. This is his work. One day, his ritual is interrupted by his friend Circle, who mistakes the blocks for sculptures. Circle is amazed by Square’s talent and calls him a genius. She then asks if he can make a sculpture of her by tomorrow morning. With that, she leaves Square before he can tell her the truth.

Square starts to worry. He thinks that Circle deserves a sculpture that is just as perfect as her but he doesn’t believe he is capable of making such a thing. Nonetheless, Square fretfully starts chipping away at a block. The more progress he makes, the less perfect the sculpture is. To make matters worse a rainstorm starts!

By morning, all that is left of the block is rubble. When Circle returns, she is amazed by what she finds. The rubble forms a circle, and the rain has formed a puddle inside that reflects Circle. Circle tells Square that his work is perfect and that he is a genius. However, after Circle leaves, Square doubts that her praise was earned.

Square is a charming picture book with one to six sentences per page, making it an easy read. Its watercolor illustrations are simple, but make great use of light to show glistening minerals in Square’s cave and darkening clouds before the climactic rainstorm that perfectly captures Square’s mood. Characters are drawn as shapes with only two eyes, but the illustrator makes their expressions easy to discern through these features. For example, as Square works on his sculpture, you can see his frustration from his narrow squint.

While the vocabulary and story are easy to follow, Square presents complicated personal issues such as insecurity, inferiority, and perfectionism. While Square gets away with his lie, his last thought of doubt sends an important message to the reader: they should embrace their differences and not pretend to be someone else. Square’s struggle with his sculpture also teaches readers not to obsess over perfection as such a concept can never be entirely attained and that they should instead do what they love. Square does not clearly state this message, but it allows parents the opportunity to discuss these ideas with their child.

“I have to make this block look like Circle. Circle is perfect. So I must make this perfect,” Square. – Square