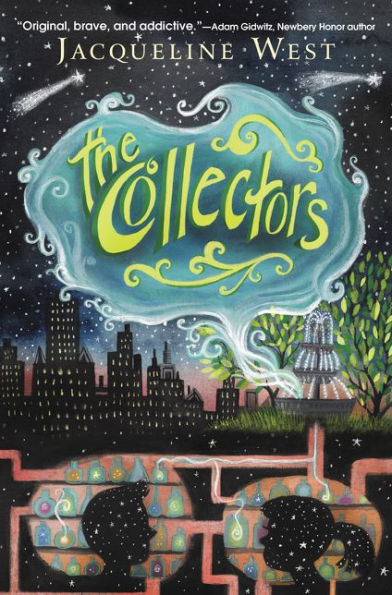 “He didn’t like lying to his mother. It was hard to keep secrets from someone who knew everything about you, right down to the size of your underwear. But there was no choice,” Van. –The Collectors

One day, Van notices a girl and a silver squirrel stealing a coin from a fountain. But what’s even stranger is that the girl notices Van. When Van sees the silver squirrel stealing a birthday wish, Van decides to follow the squirrel and find the mysterious girl. What he finds instead is a dangerous place where wishes are real. He discovers that the Collectors steal wishes and put them away before they can come true. But soon, Van realizes that not all wishes are good, and some good wishes can have dangerous consequences.

Beautiful descriptions create an enchanting mythology around wishes. Van’s curiosity, powers of observation, and desire to do what is right lead him into a world of trouble. Van isn’t sure who to trust—Mr. Falborg who is friendly and seems kind or the Collectors who are shrouded in secrets. This conflict lasts until the end of the story and leads to an unexpected conclusion.

Van’s character is not only well developed, but he is also unique. He must use a hearing aid and often has difficulty communicating. Van struggles to understand people who don’t face him as they speak or when they speak too quickly. Throughout the story, Van has to work out what he thought someone said and translate it into what they most likely said. Having a main character with a hearing impairment allows readers to understand Van’s disability. At one point in the story, Van gets angry, asking, “Why does everybody think I want to hear the way THEY do!?” Van shows that he doesn’t need to be “fixed” and be like everyone else.

The Collectors explores the idea of power and unintended consequences. When it comes to Wish Eaters, “It’s not a matter of good or bad. It’s not about kindness or evil. It’s not even a matter of intentions. You can mean to do good and still do terrible things. . . If you give someone, anyone, too much power, enough power that they can control everyone around them—then you run a terrible risk.” The Collectors is a fantastic book that has magic, suspense, humor, and a talking squirrel that is obsessed with the smell of food.

This kid-friendly mystery is suspenseful, but not scary. At one point in the story, Van wonders if Wish Eaters are, “more dangerous than a bunch of guys who steal me out of my bed in the middle of the night and angle me over a bottomless pit?” Strong readers will want to pick up The Collectors to find out the answer.

“He didn’t like lying to his mother. It was hard to keep secrets from someone who knew everything about you, right down to the size of your underwear. But there was no choice,” Van. –The Collectors