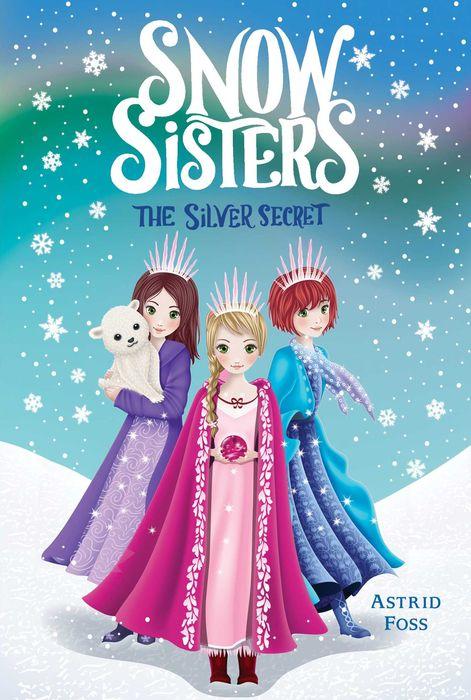 Other books by Astrid Foss

Can the Snow Sisters stop the evil Shadow Witch from turning their world dark forever?

Ida, Magda, and Hanna’s mother, Freya, is the keeper of the magical Everchanging Lights that protect their island. But when a selfish witch curses their mother and tries to steal the power for herself, only the Snow Sisters can find the lights and save their kingdom. Find out if the girls can discover their own powers and recover the pink light before it’s too late!

The Silver Secret employs interesting topics—princesses with a magical power and a magical polar bear—to draw readers into the story. Even though the beginning of the book explains a lot of background information, the story is still fast-paced and interesting. The girls’ mother appears in a magic snow globe and says, “Veronika wants the magic of the Everchanging Lights for herself. . .but I managed to protect it before she could trap me. . . My daughters, you must find these orbs.”

Even though the sisters are used to having servants help them “with everything,” the girls are determined to do the quests on their own, so they sneak out of the castle in the middle of night. Every time the girls are in danger, one of the sisters uses her magic to solve the problem. As they look for the orb, the sisters’ comments often sound snobbish. For example, the girls know their governess would not like them trekking through the snow. Hanna says, “She would demand that Gregor take us to find the snow hawk in Nordovia’s finest sleigh, with hot chocolate breaks every half an hour!”

The sisters find one orb and safely return to the castle. The conclusion sets up the second installment of the series, The Crystal Rose. The Silver Secret has charming black and white drawings that focus on the three sisters. The Snow Sisters Series will entertain young readers who love princesses and magic. However, the Diary of an Ice Princess Series by Christina Soontornvat and the Candy Fairies Series by Helen Perelman would be a better choice if you’re looking for an entertaining story with life lessons.

Other books by Astrid Foss