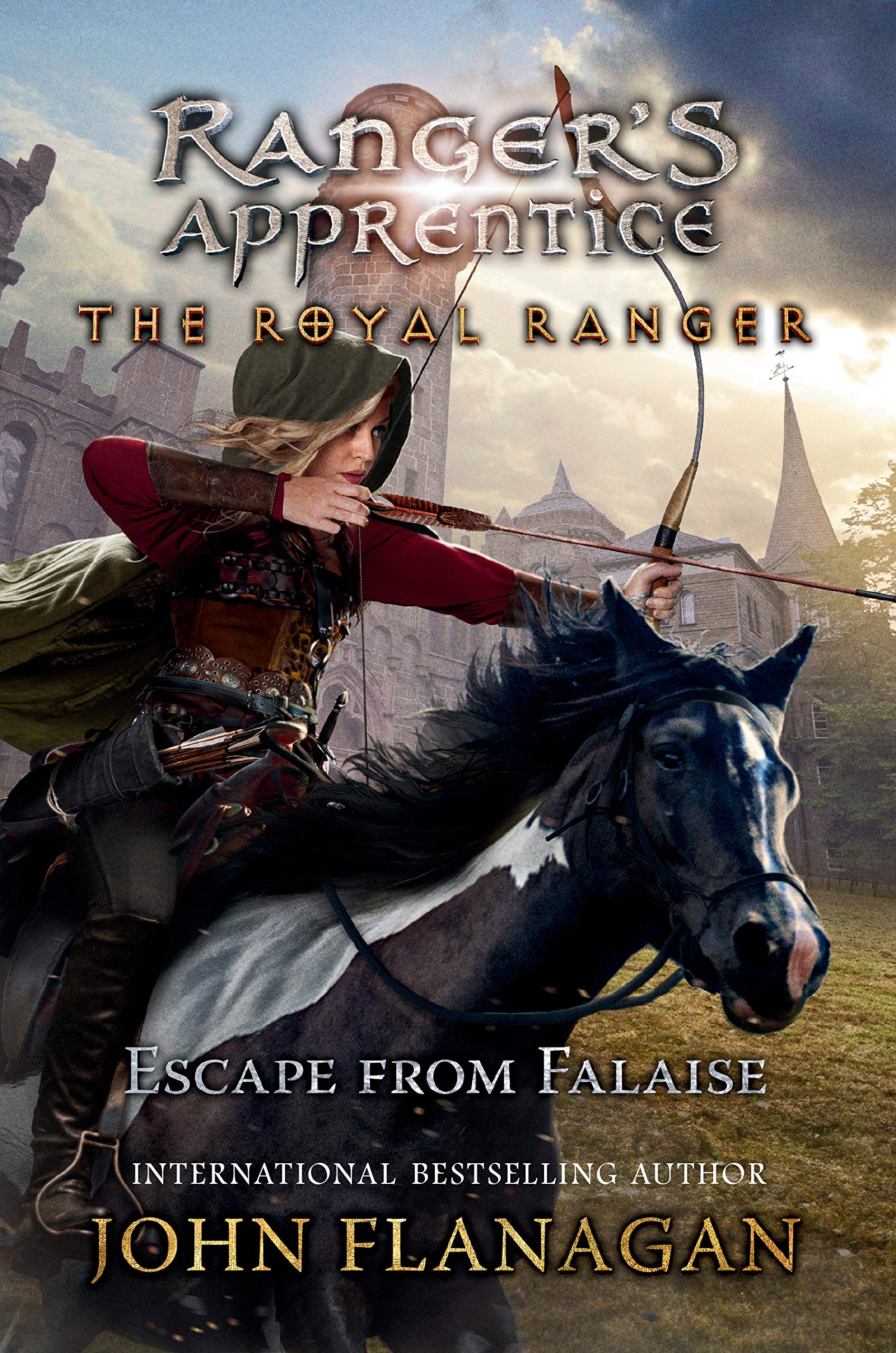 “Simple is good. Clever is complicated, and complicated plans have an awkward tendency to go wrong,” Halt. –Escape from Falaise

After their plan to rescue the Prince of Gallica has gone horribly wrong, Will Treaty and his apprentice, Maddie, are being held captive at the Chateau des Falaises in Gallica. The dangerous baron, Lassigny, is intent on keeping them—and the prince—no matter what. But Will and Maddie are determined to escape.

If they ever want to return to their home, they’ll have to find ways to outwit the baron and get outside the locked tower. When friends from home endeavor to find their own way to help, it seems escape is closer than ever. But the dirty tricks of the baron are no laughing matter.

Facing dangerous threats, battles with knights, and a new and risky plot to save the prince, the odds are stacked against them. But the Rangers will use all the tools of their trade to save themselves and save the day.

Escape from Falaise concludes the story arc that began in The Missing Prince. In this installment, Horace and Halt join in the effort to free Maddie and Will. Even though the two Rangers successfully escape the castle, they go back in to finish their mission—free the Gallican prince, Giles. The story highlights the qualities of an honorable leader by using Lassigny and the Gallican king to demonstrate examples of abuse of power. The political intrigue is interesting and introduces a new twist to the Royal Ranger Series.

One positive aspect of the story is that the Rangers go out of their way to avoid killing someone. For example, Lassigny’s guards use deadly force to try to stop Maddie and Giles from escaping the castle. Despite this, Will and Halt try to incapacitate the guards instead of killing them. Another positive aspect of the story is the camaraderie and respect among the rangers. Even though Maddie is significantly younger than Will and Halt, both men listen to her and take her opinion into consideration. Plus, they trust her to save Giles even though she must do it alone.

Readers who fell in love with the characters in the Ranger’s Apprentice Series will enjoy seeing them in a new light. While the story focuses on Maddie’s role as a ranger, Halt, Horace, and Will play a major role in the story’s plot. Because the Royal Ranger Series is an extension of the Ranger’s Apprentice Series readers will want to read it before they jump into Flanagan’s companion series, the Brotherband Chronicles. If you’re looking for a book series with honorable characters who demonstrate loyalty, courage, and perseverance, all of Flanagan’s series will hit the mark.

“Simple is good. Clever is complicated, and complicated plans have an awkward tendency to go wrong,” Halt. –Escape from Falaise