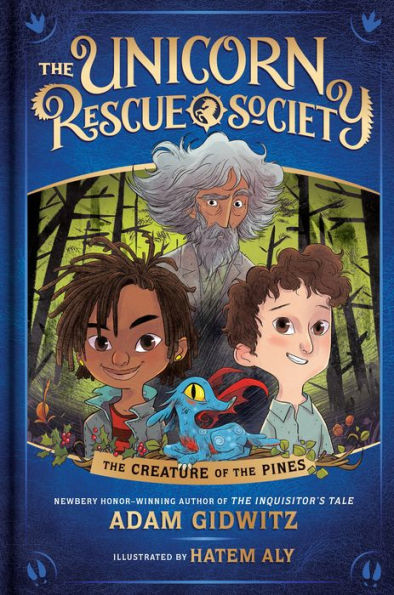 The Creature of the Pines

Elliot isn’t excited about starting a new school three weeks after the school year began. To make matters worse, his class is going on a field trip to the Pine Barrens, a potentially dangerous, creepy forest. The field trip is being led by Professor Fauna, a strange man who is rumored to be unhinged from reality.

Uchenna is the only person who will talk to Elliot. Unlike Elliot, she is adventurous and fearless. When Uchenna goes into the forbidden forest, will Elliot be brave enough to follow? When the two meet a Creature of the Pines, will the two survive?

Right from the start, Elliot and the other characters jump off the pages. The frightening Professor Fauna adds mystery, possible danger, and suspense. The diverse, interesting characters will pull the reader into this fast-paced mystery. The vivid descriptions and well-developed characters join together to create a suspenseful mystery that readers will not want to put down. Elliot, a fearful boy who has the tendency to overthink situations and Uchenna, an adventurous, fearless girl, make a fun pair as they join together to help a Jersey Devil that they find in the woods.

The Creature of the Pines has adventure, danger, and a mythical creature with magical powers. Black-and-white illustrations are scattered throughout the book; the illustrations add humor as well as help readers visualize the characters. The text is easy to read because it uses short paragraphs, simple vocabulary, and dialogue. Although the creature makes an exciting appearance, more information about the interesting creature could have been incorporated into the story. The Creature of the Pines will delight readers who are interested in a character-driven adventure.