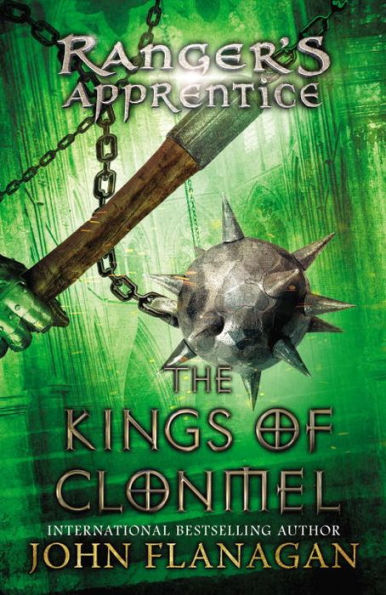 “Halt taught him long ago that a man who doesn’t feel nervous before a battle wasn’t brave, he was foolish or overconfident—and either condition could prove to be fatal,” Will. –The Kings of Clonmel

The Kings of Clonmel

In the neighboring kingdom of Clonmel, a mysterious cult, the Outsiders, has sprung up, promising the defense against lawless marauders in exchange for the people’s riches. Their sermons attract audiences from miles around, but there’s a dark side to the seemingly charitable group. This prompts Halt, Will, and Horace to investigate…but what the trio uncovers could threaten the safety of not only Clonmel, but their homeland of Araluen as well.

Halt, Will, and Horace band together to fight evil in the action-packed adventure The Kings of Clonmel. Unlike the other books in the series, The Kings of Clonmel takes a hard look at a religious cult that brutally murders innocent people in order to convince them to follow their leader, Tennyson. While much of the story revolves around Tennyson and his followers, the reader will also get a surprising look into Halt’s life before he became a ranger, which gives depth to his personality.

As The Ranger’s Apprentice series progresses, the relationship between Halt, Will, and Horace matures. No longer uncertain apprentices, Will and Horace have grown into men who are fiercely loyal and willing to go into dangerous situations in order to help the common man. Although Will and Horace respect Halt, they are now comfortable teasing him. This new element adds humor to the story, and it shows the great lengths the two men will go to support Halt. While Horace is straightforward and honest, Halt and Will are willing to use deceit in order to defeat the enemy. The contrast between the men allows the reader to see that friends can disagree without destroying their relationship.

The eighth installment of The Ranger’s Apprentice series will not disappoint readers. While the conclusion of The Kings of Clonmel still contains an epic battle, the story never feels like a repeat of previous books. Instead, the adventure still contains surprises. Halt, Will, and Horace have a deep friendship, and each man uses his unique talent in order to help others. The men clearly love their country and their king, and they are willing to sacrifice for the greater good. While the story contains some disturbing scenes where women and children are mercilessly killed, their deaths highlight the importance of following reason instead of mob mentality. Even though today’s men do not need to go into combat, The Ranger’s Apprentice series teaches important lessons that can be applied to today’s world.

“Halt taught him long ago that a man who doesn’t feel nervous before a battle wasn’t brave, he was foolish or overconfident—and either condition could prove to be fatal,” Will. –The Kings of Clonmel