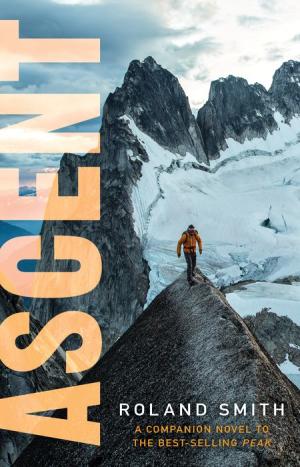 “When you climb a mountain, you need to be looking forward not backward.” - Peak Marcello, Ascent

In the third installment of Peak’s climbing adventures, Peak Marcello and his friends, Alessia and Ethan, go to Myanmar to climb the isolated mountain, Hkakabo Razi. However, the jungles of Myanmar might prove to be more treacherous than the climb itself. But if anyone is good at getting out of trouble, it’s Peak.

Ascent begins Peak’s Myanmar adventure that takes him on a four-week trek through the rainforest. Peak’s descent down Hkakabo Razi is detailed in the fourth book, Descent. Ascent maintains much of the same cast and includes rock climbing and run-ins with local governments in countries that have histories of civil unrest.

Characters from the first book also make a surprise reappearance in the latter half of the book, including Peak’s biological father, Josh Wood, who is a famous mountaineer and Zopa, the Tibetan monk. Peak’s relationship with Josh continues to grow. Peak is also enormously happy to see Zopa, who rarely reveals his secrets and is always the smartest person on the mountaintop. In this sense, the end of Ascent harkens back to the events on Mount Everest in Peak.

Much of the book takes place in the jungle at the base of Hkakabo Razi. The group encounters corrupt military officials, language barriers, wildlife, and a murderer on the run from the Burmese government. The actual mountaineering is near the end of the book, when they finally make it out of the jungle.

The traumatic events that occurred in The Edge are addressed, in part, in Ascent. Ascent is less intense than The Edge generally. These books should be read in order, for comprehension’s sake. Readers familiar with this series will find their expectations met when it comes to the intensity and graphic nature of the violence. Much like the previous book, Peak doesn’t experience the violence himself, but he does hear about it secondhand.

Ascent is a good continuation to Peak’s adventures and the characters’ development. Although this book moves at a slower pace than the previous two, it sets up the intense action in Descent. Fans of Peak’s adventures will be glad to see old faces reintegrated into the mix and will welcome the new additions. Ascent certainly presents an exciting first half to this two-part portion of Peak’s story, and it will be interesting to see what unfolds for Peak and his friends next.

“When you climb a mountain, you need to be looking forward not backward.” - Peak Marcello, Ascent